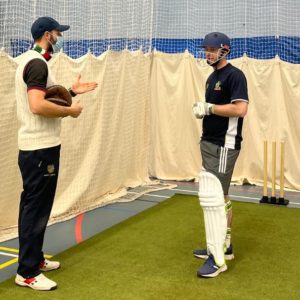 At Rugby Cricket Academy we are committed to providing a safe and enjoyable environment for all children, members and visitors to our coaching events. We acknowledge, however, that children, members, parents and visitors can sometimes feel aggrieved about something that is happening at an RCA event or coaching session which appears to be discriminatory or which may constitute unreasonable behaviour.

A member, child, visitor or parent may make a complaint about any decision, behaviour, act or omission that she or he feels is discriminatory or is deemed unreasonable. Raising the complaint directly with the person perceived as causing the grievance may sometimes address the concerns of the aggrieved person. However, that is not always possible. Sometimes several attempts at face-to-face resolution may have been attempted or have occurred with little success. Whilst most concerns can be addressed through direct discussion by the parties, there will be instances where raising the concern with the other person on a face-to-face basis is not appropriate or possible.

Examples of complaints covered by this procedure include:
• concerns about child disciplinary procedures
• behaviour of a coach
• damage or loss of personal property
• bullying and harassment

1. Making a complaint
Some complaints, because of the seriousness of their nature, should be referred immediately to the Director of Coaching (Wesley Landsdale) or Business Owner (Matt Ewer) – e.g. complaints about behaviour which places others at risk of serious harm.

Step 1 – Before making a formal complaint:
In many circumstances, the most appropriate step to take first is to tell the person who is the cause of the complaint how you feel. If the complaint is about their behaviour, tell them that it is offensive or hurtful or not acceptable. If the complaint is about another member and their behaviour, tell them why you think it is discriminatory or not acceptable. Telling the person will give them a chance to stop or change what they are doing or explain their actions and why.

Step 2 – Before making a formal complaint:
If the problem or concern is unable to be resolved by a direct personal approach, it should normally be raised with an appropriate person in order to discuss the issue and seek resolution. For a parent with a complaint about a child or another member of the club, the concern should first be discussed with the relevant RCA Coach or, if appropriate, the Director of Coaching. For a member with a complaint about a child or member in their group, the concern should first be raised with the relevant coach and/or Director of Coaching.

2 Making a formal complaint
The initial formal complaint must be introduced to the Director of Coaching or, if necessary, the Business Owner in writing.
If the 2 -step process mentioned above of raising the concern, obtaining the facts and seeking a resolution is not producing a satisfactory outcome, the formal complaints procedure may be used. The purpose of this procedure is to offer a process by which a member, child or visitor may have a complaint addressed. For example, if you feel that you are being harassed or discriminated against, this complaint handling procedure is available to you so your concerns can be dealt with in an appropriate manner.

Who may use this procedure?
• any parents (members)
• any child within the club
• any visitor to the club

3. Key elements of our complaints handling procedure
Impartiality
If you make a complaint, it will be investigated in a fair and impartial manner. No judgments or assumptions will be made and no action will be taken until the investigation is complete. If a complaint is made against you, your rights will be protected and you will be given an opportunity to tell your side of the story.

No victimisation
Provided your complaint is made in good faith, you should rest assured that you will not suffer in any way as a consequence. The club will ensure that a person who makes a complaint is not victimised in any way.

Vexatious or malicious complaints
There is an underlying assumption that complaints are made in good faith (and with good will) and with an intention for resolution as opposed to retribution.

4. What to do if you have a complaint
Go to the relevant Coach or Director of Coaching.
If you feel you cannot approach the person directly or you are not happy with her or his initial response or reaction, then you may go and explain the problem to the Director of Coaching or or if your concerns are with the Director of Coaching then to the Business Owner. The person to whom you go to has been trained to be the first point of contact for people with complaints and will advise you about what your options are and what will happen.

5. What happens next?
5.1 Once you have made the formal complaint that person will consider whether there are any reasons why he or she should not proceed to deal with the complaint. For example, the person you complained about may be a personal friend of the Coach.
5.2 If there is a good reason why it is inappropriate for the designated person to deal with your complaint, the complaint will, with your consent, be referred to another appropriate person.
5.3 Once a delegated person has decided to proceed, that designated person:
(a) will interview you or arrange for another appropriate person to interview you and during this interview:
• the process will be explained to you;
• you will be advised what will happen if the complaint is upheld;
• you will be advised what will happen if the complaint is not supported by the evidence;
• you will be told where you can go for assistance if you are not happy with the way the complaint is dealt with
(b) will take a written record of the complaint;
(c) will speak to the accused person to hear his or her side of the story;
(d) will interview any witnesses.
These interviews will be conducted separately and impartially. Written reports about the complaint may be requested. The importance of confidentiality will be stressed to all parties and they will be warned of the consequences if there is a breach of confidentiality (e.g. possible suspension from the club);
(e) will tell you what the accused and witnesses have said;
(f) will discuss what should be done to sort out the complaint.
5.4 You should tell the designated person what action you would like taken, e.g. a written apology from the person, a written warning, etc. This allows the designated person to understand, from your perspective, what you believe you need from the process. It will not dictate the remedy that might ultimately apply.

6. Review
If the complaint remains unresolved, the Director of Coaching will review the complaint and make a final decision about the complaint with the consent of a majority of the club’s management officers.

7. Possible outcomes
If the complaint is upheld, or sustained, the following are possible outcomes depending on the nature of the complaint:
• a mediated agreement between the parties
• a verbal apology
• a written apology
• any other action as deemed appropriate by the Club.
If a complaint is not upheld, or sustained, (e.g. there is insufficient evidence) but some issues come out of the investigation that are required to be addressed then, possible outcomes include:
• relevant information for those involved;
• monitoring of behaviour;
• mediation at the local level; or
• any combination of the above.
If the complaint is found to be without any basis or if there is evidence that the complaint was made with the main purpose or intent of causing distress to the accused, the following possible outcomes need to be considered and, where appropriate, implemented:
• a written apology from the person who made the complaint
• an official warning
• possible suspension from the club if deemed appropriate by the Director of Coaching.
The designated person is primarily responsible for implementing whatever outcome is determined. The designated person or the Business Owner (unless they are the object of the complaint or grievance) will also review the effectiveness of the outcome from time to time.

8. Appeals
There is a right of appeal if you feel that the complaints procedure has not been followed properly or that the outcome is unacceptable to you.

9. Record keeping
Records of complaints, interviews and other documentation relating to a complaint must be kept at Rugby Cricket Academy in a separate complaints file. The Director of Coaching will hold this file for the tenure of their appointment.

10. Designated Persons
The following people are designated persons who you can speak to if you decide to make a formal complaint.

The main designated person for all complaints will be: 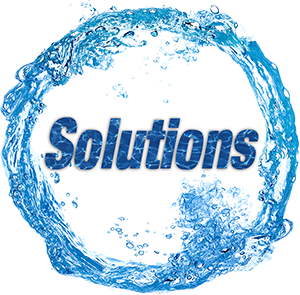